will be picked up as usual

You are encouraged to place your refuse out by 7:00 am. 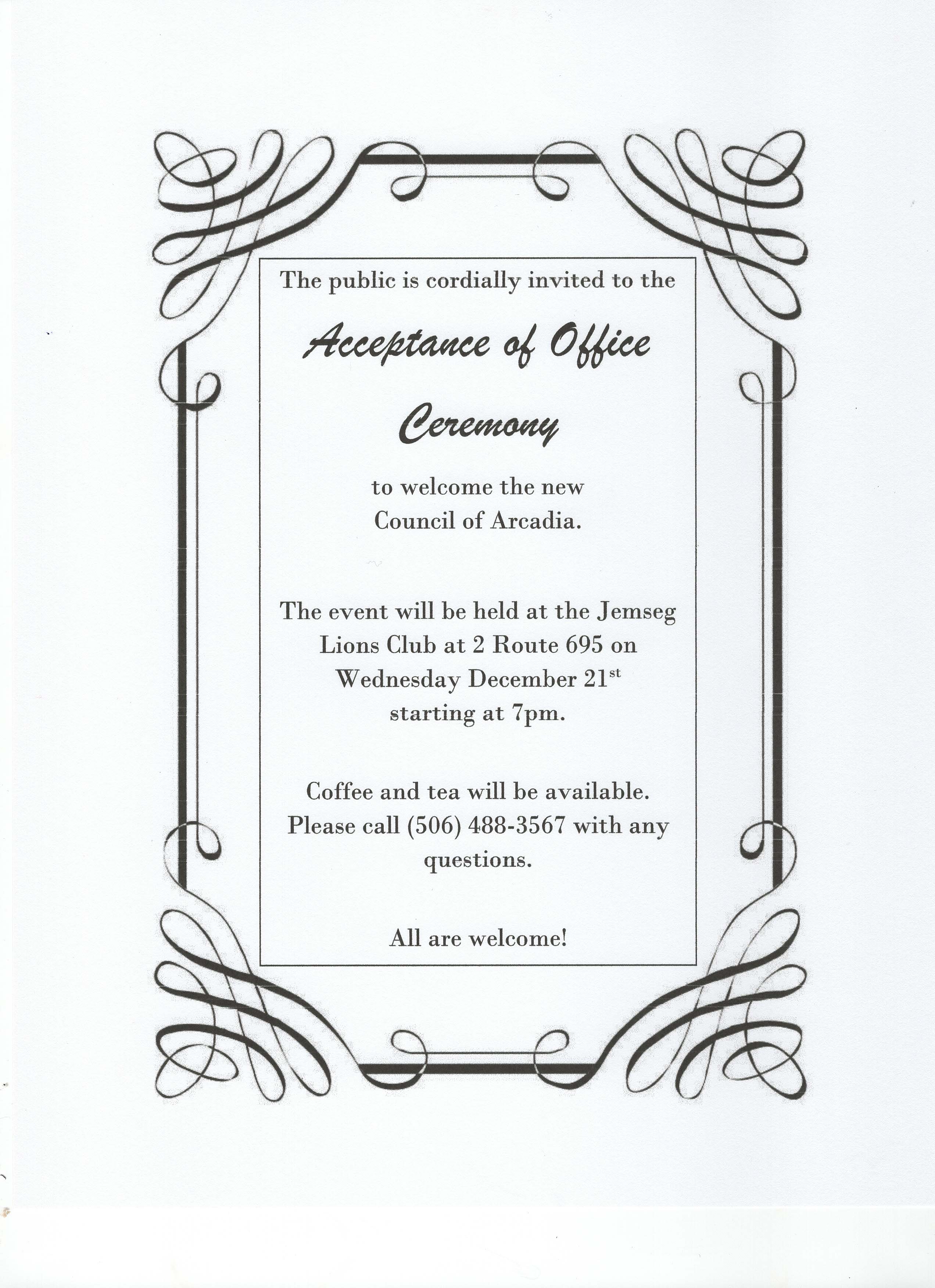 Do you know what Local Reform means to you? On 18 November 2021, our Provincial Government released the White   Paper, a long-awaited plan to conduct Municipal Reform. Link to White Paper: WhitePaper-EN-Web.pdf (gnb.ca)

Letter dated 23 November 2021 to the Hon. Daniel Allain, Minister, Local Government and Local Governance Reform, requesting that he reconsider the proposed boundary for the Village of Cambridge-Narrows (indicated as entity #66 in the White Paper) The letter is attached herein. (click here)

Subsequently, we met with Acting Deputy Minister Ryan Donaghy and our MLA Ross Wetmore to discuss our concerns and questions. This meeting took place on 1 December 2021 (our document on this matter is also attached herein). We have been advised that a decision should be expected on 17 December 2021.  (click here)

If you are in agreement with our position, we need you to urgently write to Mr. Allain to advise him of your position.  We've attached a form letter which may assist in writing this letter. (click here)

Any concerns for Local Reform and Entity #66 can be sent to:

Phone: (506)453-2548 / Email: This email address is being protected from spambots. You need JavaScript enabled to view it. 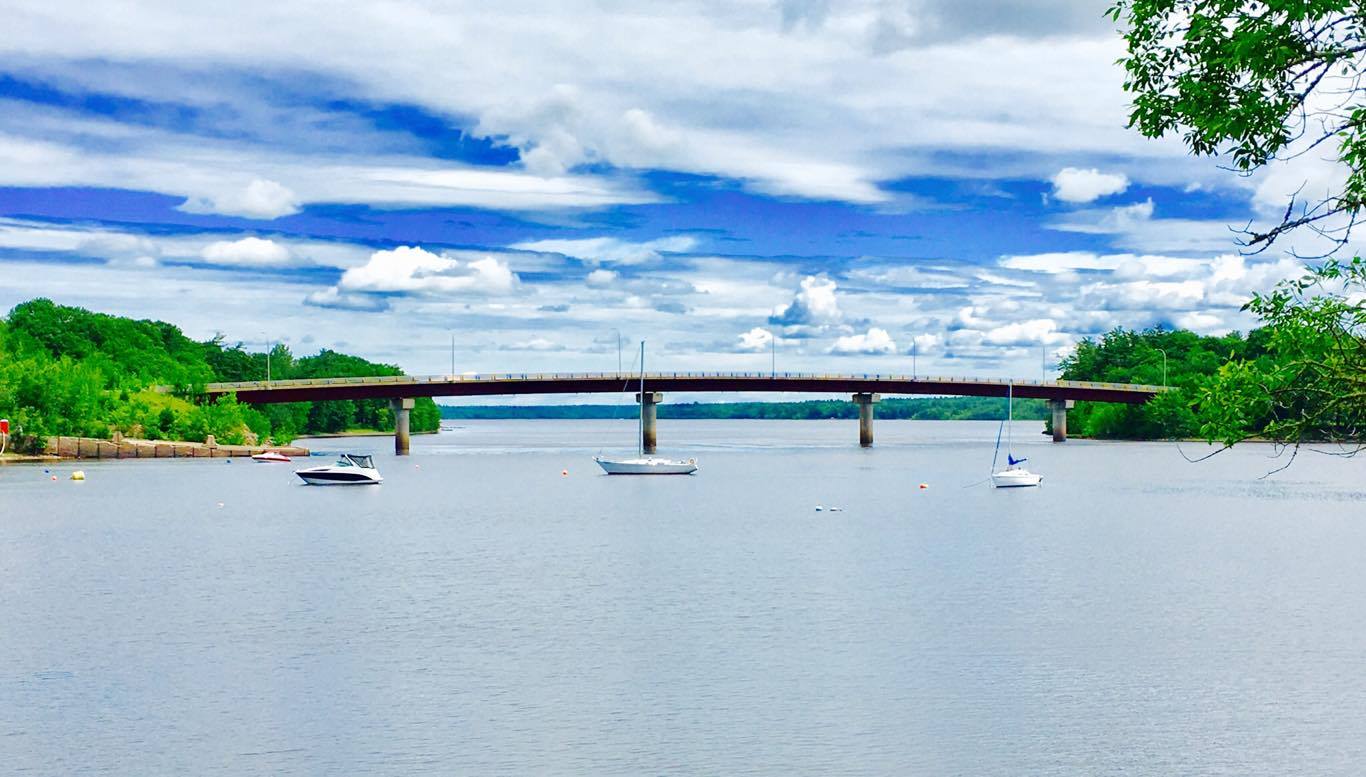 Originally founded as two settlements: Cambridge and The Narrows, one on either side of the Washademoak Lake. Government merged the two settlements in 1966 to form Cambridge-Narrows.

The Village of Cambridge-Narrows is located in South-Central New Brunswick on the picturesque Washademoak lake; where unspoiled landscape, scenic views, and local hospitality give the community it's country charm.

The village is home to approximately 650 residents with three local campgrounds that attract a considerable number of residents during the summer months. Known as "Cottage Country", the village is also "home" to a number of seasonal cottage dwellers. 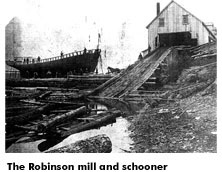 Long before Europeans arrived in Cambridge-Narrows, the first peoples were using the Washademoak Lake as a major trade route between the Bay of Fundy and the St. John river.

They fished the generous waters and hunted in the rich forests. The lake was well known to the natives as its southeastern shore (near Crafts Cove) provided chert, a stone used in toolmaking. 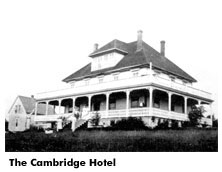 The Europeans and the Loyalists picked up on the bountiful nature of the Cambridge-Narrows area. Towering old growth forests yielded timber which fed the mills. The mills produced lumber for houses and shipbuilding. Cleared fields became farms which provided sustenance for the early inhabitants. The lake provided transportation routes for the riverboats that would arrive. 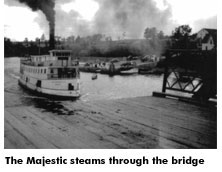 And arrive they did! The riverboats defined an era for the village of Cambridge-Narrows. That era lasted from the mid-19th century until the last riverboat left the Washademoak Lake in 1947.

Riverboats like the Majestic brought supplies to the general stores and farmers shipped out their produce to feed the city of Saint John and beyond. In the waining years of the riverboat era, the boats introduced tourism to the area. 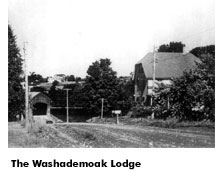 Passengers came to the shores of the Washademoak and stayed at the Cambridge Hotel or the Washademoak Lodge. Tourism remains an important industry in the area to this day with cottagers flocking to the village during the summer months.